Dan joined Presper Financial Architects (formerly part of Millennial Group) in May 2016 after graduating from The Ohio State University with honors; majoring in both Finance and Economics.

His summer jobs while in college prepared him to make the decision to become a financial advisor. He participated in an entrepreneurial internship opportunity with College Works Painting, essentially running his own painting business. He enjoyed sitting down with his potential clients designing a plan that worked for them. He was also a Finance Intern with Klein’s Pharmacies and led the Bank Reconciliation project for two locations. Having assisted with month end closing reports and generating other financial reports for Klein’s helped prepare Dan for the work he is now doing for Presper Financial Architects’ clients.

Dan is fully registered (Series 7, 66 and Accident & Health Life Variable Annuities) and is a Financial Advisor working alongside Tom Presper. Dan assists in meetings with clients, does analysis of client portfolios and financial plans, and helps teach a “Passport to Retirement” class.

At Ohio State, Dan played on the Club Baseball team in 2013 and the Club Wrestling team in 2014 & 2015.  Currently, Dan lives in Kent and his hobbies include playing in a Roy Hobbs baseball league, golfing, skiing, and playing softball. When he isn’t participating in a sport himself, he’s usually watching the Indians, Cavs, Browns, or The Ohio State football team.

Dan is engaged and due to be married in August of 2017.

We talk about how Akron can seem like such a small place sometimes because wherever you go it feels like everyone you run into is connected to a mutual friend or acquaintance in one way or another. With that being said, I hadn’t known Tom before I started working with him, but a couple weeks after I joined the firm, I came across one of his clients that I knew. It just so happened that it was my third grade teacher. So, the next time I was talking with Tom I brought this up and after I told him that my former teacher was a client, he goes “oh really, well that actually is my oldest sister”. Like most people in the area, it turns out we did have a mutual connection after all.

My favorite aspect of working with Presper Financial Architects is the people. It is very much a team mentality here and everyone brings their talents and insight together to do a lot of excellent work.

I play quite a bit of softball in my free time (too much if you ask my fiancé). 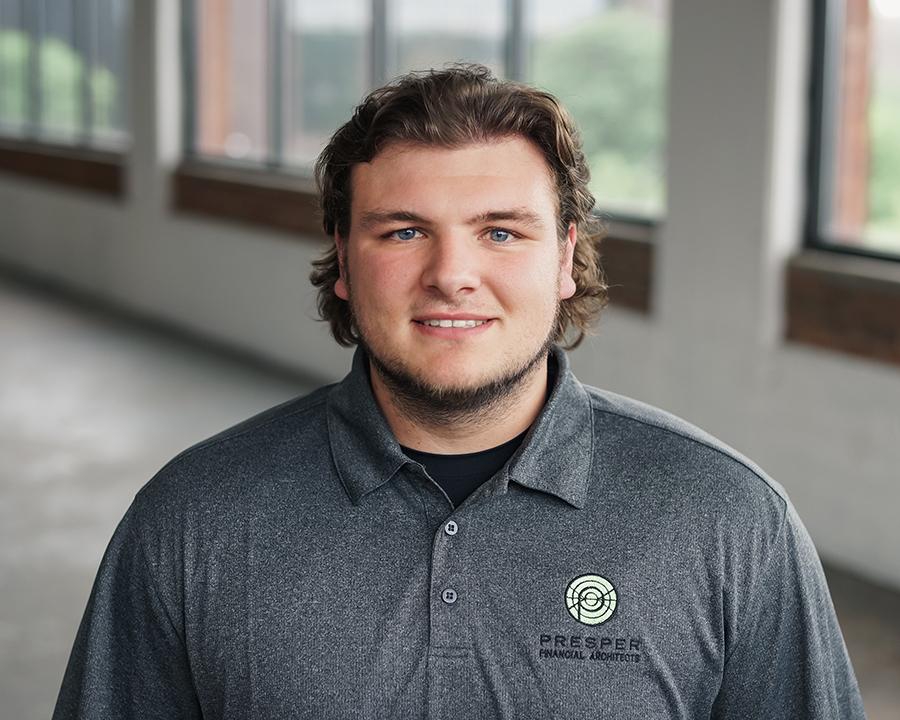 PFA and its representatives are in compliance with the current registration requirements of those states in which PFA maintains clients. PFA's website is limited to the dissemination of general information pertaining to its investment advisory services. Accordingly, the publication of the PFA website on the internet should not be construed by any consumer and/or prospective client as PFA's solicitation to effect, or attempt to effect transactions in securities, or the rendering of personalized investment advice for compensation, over the internet.